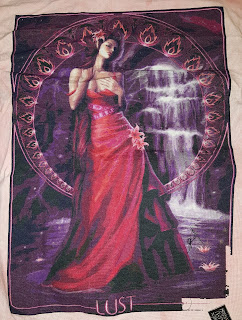 Hoping for a page finish tonight. 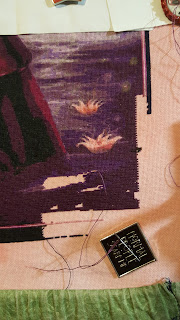 This is Wolf Totem. 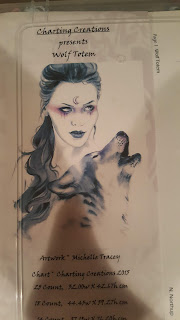 And here's my start.  This is 2x1 tent on antique white 28 ct monaco.  Page 1 is blank so I started on page 2.  It's not much of a start but it is started which was the goal this weekend. 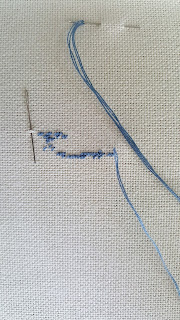 I've also got most of the 154 done in the last full page of Lust.  I think there's three or four rows to go.  I did have some concerns whether the last skein of 154 I bought in 2009 was going to be enough.  I purchased some more in November so I pulled those and put all six strands in and I think it's a very good match considering the time between dye lots.  Now that I'm almost done with the color, I think I would have had enough but I'm ok with what I've done here.

With any luck, I'll have this page done in the next week or two. 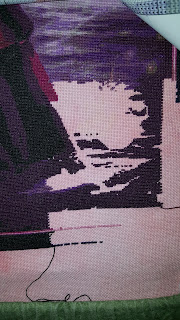 I've also put some stitches into my stocking but I don't have a current picture.

I got the first tree done.  This one is more challenging than I thought it would be.  The 40ct dark fabric has me missing threads of fabric which means I have to frog more than I'm happy with.  I got this far then it was put away for now. 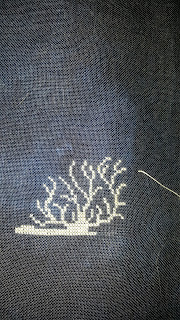 This doesn't see a lot of love right now, but lunchtime stitching is still stitching.  I should be able to get around the windows this week and hopefully even up to the roof. 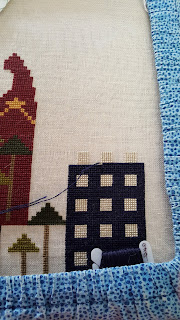 Lust has been out and I've been adding lots and lots of DMC 154.  I don't think the last skein I originally bought will be enough so I dug out another one which looks like it should be a good match.  I don't think I'll have this page done by the end of the month, but I should be close. 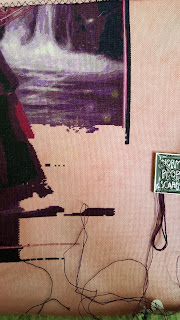 This last weekend was fairly busy so I didn't get a huge amount of progress in anything.

I have made a good bit of progress on my son's stocking.  That house seems to have no end though.  While we were in town Saturday, I had to pick up a new skein of 939 since there is already almost a full one in the dang house and I'm not quite done with it. 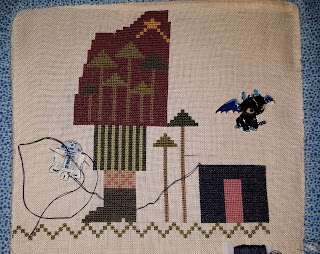 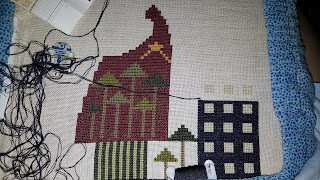 Then, I hit a wall with the stocking.  So then I pulled out Il bosco di Bengtsson by Renato Parolin and put in a few stitches but even with a good light, white stitches on super dark fabric is challenging.  I think I pulled more stitches out than stayed in last night.  I still like the color combination though. 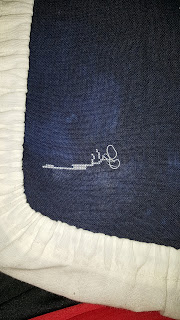 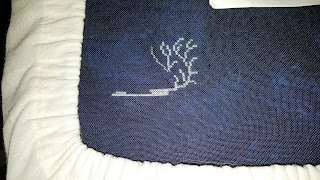 Lust needs to come back out so I can work on that last full page and it's sitting on the coffee table waiting for me.  I'm just trying to avoid burning out on her when I'me so close to the end.
Posted by Sarah at 10:19 AM No comments: